Filmmaker Eli Steele did not just make an award-winning documentary about multiracial America, he lives it.

Everyday. Just like his father before him, and his children will continue to,  as third generation mixed race kids, and yet they have all experience/d multiracialism differently.  In a heart-to-heart with theParentVoice, Magazine’s Suchitra Shenoy Packer, Mr. Steele talks at length about the lessons he learned from his grandparents and parents and his experiences growing up multiracial.

Born to a Jewish mother and a black father in 1974, Mr. Steele grew up in San Jose, California, in the United States, to where his parents moved as a result of his father’s new job at San Jose State University. Shortly after the move and right before his first birthday, it was discovered that Mr. Steele was born profoundly deaf. Thanks to a new program, Project IDEA, designed to train deaf children in the auditory method, he learned how to hear and speak. Mr. Steele was mainstreamed into classes with normal hearing children starting in first grade all the way through high school.

He went on to graduate with a degree in English from Claremont McKenna College and later earned a masters degree in Public Policy from Pepperdine University.

Today, Mr. Steele lives in Los Angeles, California, in the US, and works on various aspects of the film business.

In a heart-to-heart with theParentVoice.Com, Mr. Steele spoke candidly about his experiences growing up multiracial, his ideas about race in the US, and his passion project, his documentary, ‘I am or How Jack Became Black‘.

Our interview with Mr. Steele will be presented in two parts. The second part of the interview will be published on September 15, 2017.

Eli Steele on Race and Growing up Multiracial 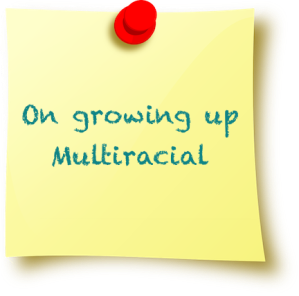 When I was growing up, I never heard of the word, “multiracial.” My sister and I used “interracial,” which obviously derives from “interracial marriage.” We gave far greater weight to “black and Jewish” or, when in a humorous mood, “Hebros.” After all, if I tell anyone today that I am “multiracial” we all know what the next question is going to be. So, to this day, I tell people I am black and Jewish and we go from there.

The Right Lessons Begin at Home

Along with my sister, I grew up in a household that took great pride in our grandparents’ decades-long fight in the Civil Rights movement as members of CORE (The Congress for Racial Equality). Their goal was not to be identified as a race but as a human being, an individual, and they practiced what they believed on every level.

In the early 1940s, in segregated Chicago, my grandparents had every incentive not to marry. Yet they believed their love for one another was a far higher calling than any threat from White Supremacy.

By marrying, their actions showed them to be better Americans than all those who objected. My refusal to compromise the lesson I learned from my forbearers for identity politics’ race boxes and its racial constructs has placed me firmly on the outside. That is one of the underlying reasons for why I made “I Am or How Jack Became Black.” Why is it that a person like myself, that embodies the very principles and diversity that the powers behind identity politics profess to seek, has been pushed to the margins?

SSP: It takes a lot of gumption to take things in one’s stride, not be offended or even annoyed, turn the mirror around, be reflective, and go seek answers. You were born profoundly deaf and are multiracial. Please tell us about your childhood with friends and peer groups that particularly made you aware of your different identities? How did those shape you as a person?

ES: In “I Am or How Jack Became Black,” I talk about how my father took me up to the mountains overlooking San Jose. I was born with a few strikes against me – deaf, black, Jewish, and I was living in a neighborhood that never knew a family like mine.

My father laid the foundation for two key lessons:

1) that I came from a line of people who had suffered through far worse than I ever would and if they made it through so would I, and

2) that I had to discipline myself to understand the insults that my bullies threw at me were not a reflection of me but of them.

Of course, at that young age, I did not fully understand these lessons at first and got into countless fights. But, over the years, my mother and father continued to return to those two lessons and build upon them. Eventually, they created a foundation for me to stand upon and gain power over my situation. I stopped worrying about what others thought and sought out people who had the ability to look past my external differences to my individuality. Those people and I became great friends and I’m still close to some of them today. Years later, in high school, I eventually became friends with several of the kids that bullied me earlier. They had matured and grew to understand that what they judged me for was not the full extent of who I was.

The Clutches of Race

SSP: Your grandfather from Kentucky was a truck driver. What lessons do you remember from him and your other grandparents about being comfortable in the color of your skin and/or identity?

ES: When I interviewed my father for “I Am or How Jack Became Black” there was a touching moment where he talks about my grandfather.  (This clip is not in the film.) My father describes how his father, a man with a 3rd-grade education, read every book from Karl Marx to The Federalist Papers. He concludes by saying that had his father lived today he would have been a better professor than him.

What my father was saying was that his father may have been a truck driver but he was so much more than that. There is no denying that while my grandfather pushed against White Supremacy in every which way, including crossing the color line to marry my grandmother, he could not fully escape its clutches. No one could.

However, the implicit lesson in my father’s story is that my grandfather exploited every ounce of freedom that he could take for himself.

My grandfather helped build one of the first integrated churches with my grandmother and they both along with neighbors led a boycott that shut down a segregated school.

He bought and restored houses long before the Gaines of Fixer-Upper. He started many businesses, including a successful bug juice company, an idea that inspired my first feature film. He bought a nice Rambler that he had to park several blocks away from the trucking business so he wouldn’t show up his white boss. He fought an existential battle against White Supremacy and his life was a testament to the fact that great progress can be achieved by the individual. And when the individual achieves progress it makes those around him or her better. My grandfather’s life was proof of that.

Living by our Choices

My parents and both sets of grandparents had a choice: be defined by oppression or define oneself in spite of oppression. They chose the latter and this put them on the road less traveled.

While I have not faced anything near their level of oppression (segregation and the Holocaust), their example was an inspiration as I dealt with my multiracial identity. I had to make sense of my multiracial identity in an America that didn’t quite know what to do with it. I don’t fit into identity politics’ neat race boxes. Rather than wait for America to figure it out or for it to “catch up,” I decided to forge ahead and make my own path. I’d be lying if I said it was easy. There have been many stumbles and wrong turns taken. But somehow I always return to the right path, which eventually led me to make “I Am or How Jack Became Black.”

Part II of our interview with filmmaker Eli Steele will be published on September 15, 2017. In this second part, Mr. Steele talks about fatherhood and raising the third generation of multiracial kids whom he believes are “living in a world that is darn close to Martin Luther King’s dream”.