In Part II of our multi-format interview with multiracial filmmaker, Eli Steele, we discuss parenting, family, and living in multiracial America.

Mr. Steele has two kids, Shelby Jack and June Rose. The rich history of their names is testament to the multiracial legacy that is their privilege. Shelby is the name of the kids’ great-grandfather who was born to slaves and married their grandmother, a white woman, whom he met in the early civil rights movement. Jack is their other paternal great-grandfather who survived the Holocaust before rebuilding his life in New York City. June is the kids’ great-aunt, a flower child, and a direct descendent of the first Mormons. Rose is their paternal great-great-grandmother (Shelby’s mother), a slave who gave birth to 13 children. Rose is also named after Rosario, their maternal great-grandfather, who raised cattle in the Sonora mountains of Mexico. 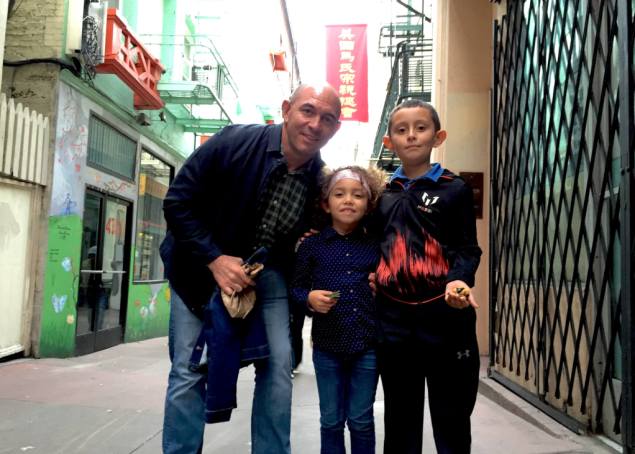 SSP: Your kids are third generation multiracial growing up in an increasingly colorful America. What changes do you see happening in society that are different from when you were growing up?

ES: It may not be politically correct to say this, but my kids are living in a world that is darn close to Martin Luther King’s dream. When I look back on my childhood I can’t help but be stunned by the progress I see in Los Angeles and elsewhere in America.

While I say that my kids embody King’s dream, I have no illusions that our society is perfect. Click To Tweet

I don’t think even King ever intended an utopian vision; it was more of a vision to continually strive for. My kids have already encountered racism and family members have been asked if they’re the nanny. However, it is not this kind of racism that worries me. It is identity politics.

When I was young, the pressure to conform to one identity came from friends and acquaintances and now that pressure comes from the government and various American institutions. My son already had to force his complex racial makeup into a “primary race” box by the Los Angeles Unified School District or he would not be enrolled. As a parent, this put me in a very tough spot. I, along with his mother, have been raising him to embrace his full heritage. Yet, in his first encounter with a public school official he is told to pick one race. There have been detractors who argue that these race boxes are meaningless and that I just check one and move on. But if that were the case, then why was the school district willing to deny my kid his education for an unchecked race box?

Raising kids to embrace their full heritage is a way of life for Mr. Steele. Growing up multiracial himself, his own family was very open about their rich backgrounds. “Nothing was left off the table or written off. We were very aware of the complexities”, he explains. Still, discussions of the nature that purposefully discuss race, marginalization, and prejudice, as experienced by one’s ancestors cannot be easy to explain to kids who may not have as deep-rooted a connection to that lived history.

Mr. Steele is honest about the weight of this responsibility. “I admit that part of me feels an extra burden to keep alive the stories. I knew my paternal grandmother and my maternal grandfather very well and that connected me intimately to the histories of the civil rights movement and the holocaust. My kids will never have as an intimate connection that I did. But in a way, this insecurity on my part, is not a bad thing. It means I feel a desire and responsibility to pass along these stories. And I need to have faith that one day my kids will make these stories into their own, establishing their own connection to the past,” he hopes.

For inspiration, Mr. Steele can always turn to his own upbringing, one where discussions of race were part of regular conversations. “Race was always discussed and for us it was real. When my Jewish grandfather abandoned my mother for her interracial marriage there were discussions at the dinner table trying to make sense out of that. Then, years later, when my grandfather called my parents out of the blue to seek reconciliation, there were more discussions trying to make sense of how to move forward.”

In addition to race, religion was also openly discussed too. “My father grew up Christian and my mother grew up Orthodox Jewish. When they married, they decided that they would expose me to all religions and if I wished to pursue one, they would support me. I believe it was the best approach for my family and I’m thankful for it,” he recalls.

I started talking to my kids about race and their multiracial identity several years ago. I started simply by telling them stories about their ancestors like the story where my black grandfather ran away from home in third grade and was sheltered by a white boy for months. What I found is that the deeper I go into the stories the more I bring in American history to give it context. My kids are not going to understand why a white boy taking in a black boy around 1910 in Kentucky is a powerful story. But when they grasp the historical context, the story comes alive. So, I don’t approach the multiracial issue directly. Rather, we let it grow organically out of the stories.

SSP: What lessons do you want to pass on to your kids about how to navigate their multiracial identities?

SSP: I read in an interview that you did not believe in a post-racial America. Can you elaborate on that?

ES: I believe the term “post-racial America” was coined as a reaction to Obama becoming president. As a minority, you often see things on the ground differently and I just didn’t believe that the election of one man had the power to transform us into a kind of a race-free utopia.

I am an optimist but I know human beings will always be deeply flawed and there will always be racism. I also had the sense that this claim of a “post-racial America” was setting up a fight with the force most threatened by the claim: identity politics. After all, if we are truly post-racial, then what is the need for identity politics? When the Trayvon Martin killing happened, the clash between post-racial America and identity politics erupted. Racial constructs like White privilege which had long existed within academia all of the sudden became front and center in mainstream America. People were told their skin color defined what they could say, do, or even think. People of all stripes put people of all stripes into race boxes. This debate, in its various forms, continues to rage to this day.

SSP: What are some tangible/practical things people can do today to change the way we think of mixed race/multiracial individuals? 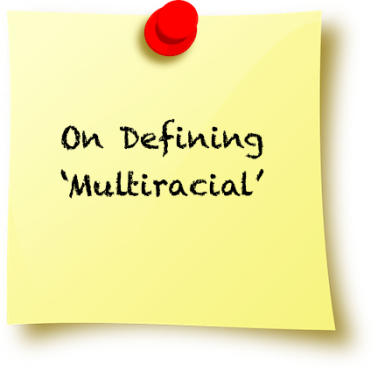 If race means one and only one race then what is two or more races? This question illustrates precisely why multiracial individuals are such a threat to identity politics’ five primary race boxes, which is built on the back of White Supremacy’s one drop of black blood rule. The forces behind identity politics have tried to accommodate the multiracial population by offering several variations of the multiracial box. So, the term multiracial does not mean much more than a person who comes from two or more races. What gives the multiracial individual his or her unique flavor are the wide-ranging family stories that they come from.

SSP: When you think about a multiracial America in the future, a future that is knocking at our doorstep or may already be here, how do you feel (fearful, hopeful….etc.)? Why?

I am an optimist. America is going through a great culture war now, especially in the arena of identity politics. At the same time, Pew news recently reported that today 14% of all births are to parents of two different races. As I have mentioned before, I do not believe that multiracial individuals should be seen as the cure for a racially divided America.

I do not believe that multiracial individuals should be seen as the cure for a racially divided America.

I do not believe that multiracial individuals should be seen as the cure for a racially divided America. We are not going to all become brown people as some have suggested. But what I do know is that many of these multiracial families will have gone through various degrees of adjustments or tribulations, like mine did, to form a cohesive unit. They will know on an intimate level that their act of crossing the color line is a far higher humanism than race. And they will know that those in their families – if any – that reject this humanism will pay the price. It is my hope this hard earned wisdom will be our guiding principle going into the future.