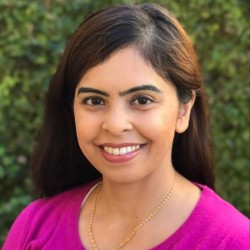 Some people grow up in a monocultural household then become multicultural later in life. That is, they acquire multiple cultures sequentially – for instance, many migrants. The term for these people is achieved multiculturals.

Yet many people nowadays grow up in a culturally mixed household. That is, they acquire multiple cultures simultaneously – for instance, many children of migrants or people with parents of different cultural backgrounds. The term for these people is innate multiculturals.

What sort of patterns of cognition (thought) and identity are there among these two types of multiculturals?

Being brought up in a mixed cultural environment at home often does not mean simply receiving two or more sets of cultural inputs in isolation. Rather, one receives some mixed or hybrid form of culture, as cultures interact with each other and blend in the home setting. I call this experience early immersive culture mixing. This experience shapes the values, beliefs, and assumptions that you internalize. In other words, you are likely to be cognitively guided by a hybrid cultural frame in which elements of multiple cultures are intertwined. And you are likely to feel that your cultural identity is blended.

Compare this with someone who acquires one culture first, then one or more other cultures sequentially. Here, the first culture is formed in one’s mind and guides one’s sense of self (identity). After this, any subsequent culture one acquires is formed as a distinct entity. This means that you are likely to be cognitively guided by multiple, distinct sets of culture, and see your cultural identities as distinct from each other.

In an experimental study of Chinese-Australian multiculturals published in the Journal of Cross-Cultural Psychology, I found evidence that achieved multiculturals in my study were more likely to compartmentalize their cultural cognitions and cultural identities. Study participants who were achieved multiculturals tended to think in a more Chinese way in a Chinese environment, but think in a more Australian way in an Australian environment. This is a phenomenon known as cultural frame-switching and indicates the presence of multiple, distinct cultures within a person.

Study participants who were innate multiculturals tended to think in a culturally hybrid way (i.e., in between the typical Chinese response and the typical Australian response) no matter what cultural environment they were in. This lack of frame-switching indicates the presence of a single, hybrid culture within a person.

You may like to reflect on your own situation. Are you (or a member of your family) an achieved multicultural or innate multicultural?

Do you think and act in a different way depending on which cultural situation you are in? Click To Tweet

Importantly, how does this pattern make a difference in your everyday life? For instance, has it led you to develop certain skills, outlook or other resources that you can draw on in your work and family life? How does it affect how you relate to others? These are some questions I am exploring in my research on multiculturals in organizations. [perfectpullquote align=”left” cite=”” link=”” color=”” class=”” size=””]It is clear that how you become multicultural matters for how you think and identify as an adult, and it has potential work-relevant implications, such as leadership style.  [/perfectpullquote]

Understanding differences among multicultural individuals are the first step to unlocking the benefits of multicultural employees.

As always, I would love to hear about your experiences or reflections. I welcome you to leave a comment below or write to me at lee@ theparentvoice.com.

Are You A Fruit Salad Or Juice?

What Does the Titanic Have in Common with Culture?

Multicultural Individuals in the Workplace